Zaid Hamid was invited to speak at a conference on Iqbal on the 7th of November 2012. It was held in Islamabad Hotel (former Holiday Inn) Islamabad. The event was organized by Muslim Institute.

According to the schedule Zaid Hamid was to speak in a workshop chaired by Orya Maqbool Jan. His time to speak was from 2 10 pm to 2 25 pm. Other workshops were to be chaired by Qazi hussain Ahmed, Gen (R) Hameed Gul and others. 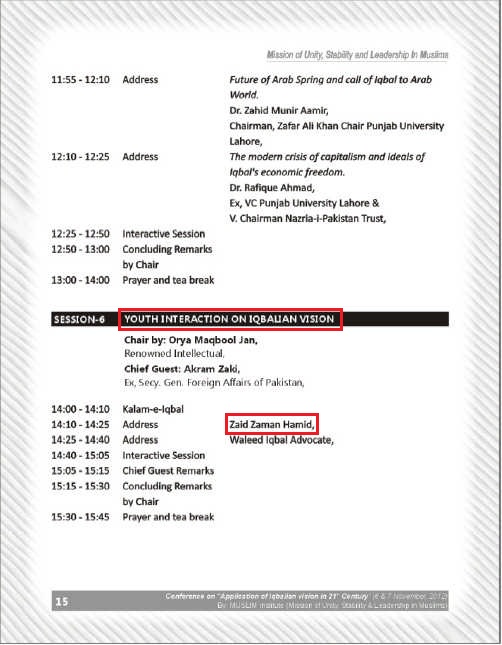 ZHE team received information about this conference a few days ago. The concerned people of Muslim Institute were approached and told that Zaid Hamid is a “Gustakh e Rasool (saaw)” and inviting him would greatly hurt the sentiment of millions of Muslims. How ever the organizers were initially reluctant to cancel Zaid Hamid’s invitation.

Muslim institute received condemnation calls from hundreds of Lovers of the Prophet Muhammad (saaw). Qazi Hussain Ahmed and Gen (R) Hameed Gul declined to come if Zaid Hamid was invited. Hundreds of volunteers were ready to confront Zaid Hamid about his blasphemies if he was invited. 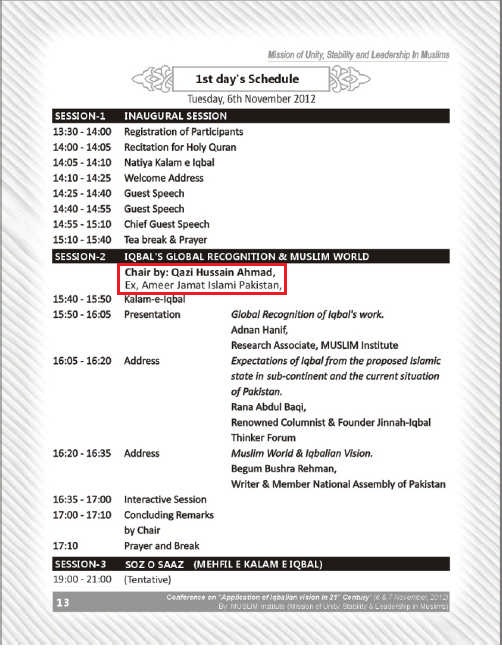 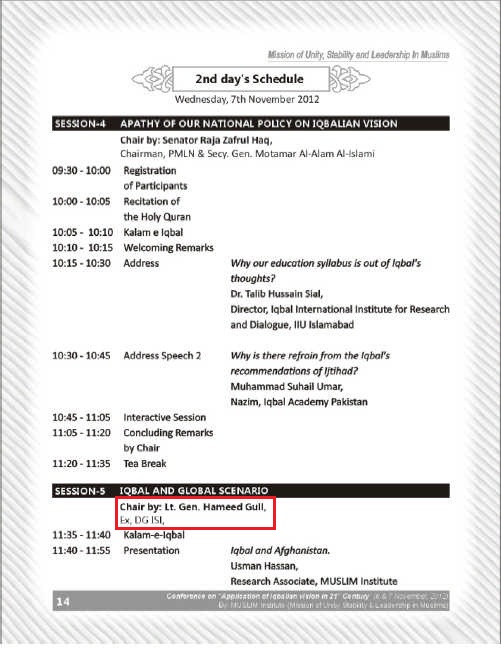 Allah (swt) once again humiliated this Gustakh e Rasool (saaw) and punished him for the crimes he has committed. May Allah (swt) reward all those who took Part in this effort.

Full copy of the invitation letter is given below.

View this document on Scribd